We all have a Story

There must be magic in good editing.

Listening to one writer suggesting changes to another person's work, The fine line between improving a story and changing the voice is difficult.

Writers who produce the mass produced tomes are good. Too good in that so many of them lack a certain texture to what they have written. Some are too good in that the writer's work is brilliant. I had a friend in college who did not like a particular trained singer; he liked the texture of imperfection,  I'm afraid I have that preference. Perhaps a little rambling about why someone thinks the way they do or not having a story arc at all.

My recent reading has certainly ran the gamut. I'm currently reading J. M. McTeer's account of being a white witch doctor. The white refers to the magic he practiced. He would never take money for removing a hex or curse on someone. His being a sheriff and white man, your initial impression is he did this out of compassion and not out of belief. He did do it out of compassion but he had a lot of respect for the African traditions and people brought to North America from Africa.

It is a fluke I started reading about root doctors. I know the advice from childhood was to keep my distance, and something could only hurt you if you believed. My first book was Blue Roots by Roger Pinckney.

What I like about McTeer is his obvious respect and admiration. I know that I am a white woman with my culture coloring my view of the world. McTeer crossed that line. Root doctors welcomed him into their ranks and discussions.

That seeing how others think is what I love about reading. I pick up a book now and think of all the work that went into it. Looking at the cover of a paperback written by Cornelia Walker Bailey titled God, Dr Buzzard and the Bolito Man: A Saltwater Geechee talks about life on Sapelo Island, Georgia. What an attractive cover. In writing the title, I recommend a short one if you want it shared. I had to flip back a few times to get the title right.

I've been visiting some blogs. Blogging from A to Z is coming up and I will be reading. I just will not be blogging this time around. There is just not enough time in the day. If I can get a once a week post up, I will be happy.

Anyway, I am still around. I'll be around. I hope to see a lot of my blogging friends on the A to Z. Then May, I'll be the only one around with a post. lol 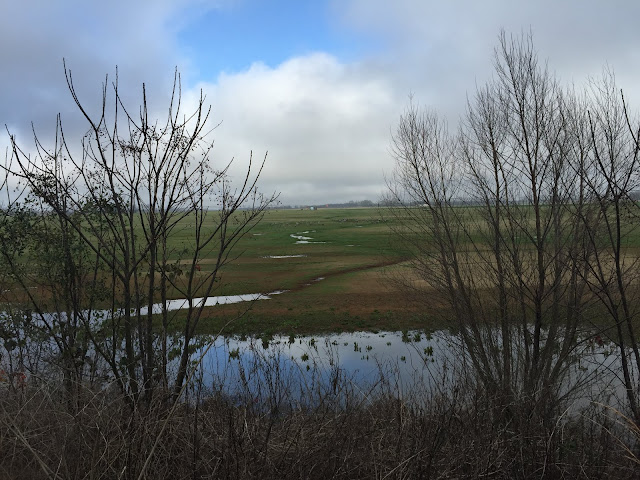 Not a whole lot going on in the book writing department. But, I have had a few ideas.

I'm writing a play called Canadian Occupied Florida. One of the principal characters has acquired a new attribute. I was reading Janet Reid's blog about agents and the writing biz. She spent today's post discussing people misbehaving on social media in response to opinions. I decided one of the play's characters will tell people if they are right or wrong on opinions. It may mimics today's politics. But, none of this countries or any other countries' politics will be explored. It is a comedy not a tragedy. 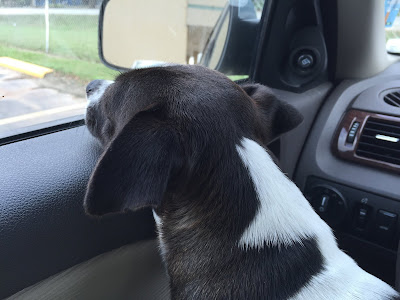 This past week, I have been exploring anger issues. My dad loved to quote the Greek proverb that when the Gods decide to destroy you, they make you angry. The universe had a message for me these past two weeks.

It started in a doctor's office. In two days, I had accomplished 7 appointments for family members and number 8 was me at the dermatologist. I called the sheltered workshop that my brother attends to tell them I was picking my brother up and for him to not get on the bus and that he would not be coming the next day. My other brother was in a hospital in Carrollton, GA.

I hang up and begin to listen to messages and this man yells for me to take it outside. He did not want to hear my personal business and I was yelling on the phone. He repeated this three times. I start to say I was not yelling. My back was to him so I sat quietly and took a picture of him over my shoulder.

I remembered I needed to pay a bill for my mom and went to the front desk which saved me. My mom called to tell me she had found her checkbooks. I thank her and tell her I need to get off which is hard. She is hard of hearing. But I was across the room from the man.

So I walked over and sat across from him to look him over good. He never looked up,he stayed glued to his computer screen typing. Next to a blaring television I might add. He was there when I left. I bet he was a drug salesman.

I spent the evening and a little of the next day laughing about how I could have retaliated. But you know, I would have liked to rough him up. He was so clean and neat, I might have been able to do this without being arrested. I mean a loud, long fart or a stinky, quiet one. Then act like it was him. I mean some of the social skills from elementary school come to mind at times like these.  I absolutely do not know anyone who would pay my bail.

This bothered me that I would give a dog gone. So I deliberately told myself not to think about him. I was nuts to be stewing over it.

Three days later, someone calls animal control about my dogs being locked in my car. The animal control officer says there is no problem. The car is idling with the air conditioner on. We had gone to the nail salon. My bull dog and my sister's Pomeranian were barking up a storm from the proximity of the handicap space. I think my sister being in a wheelchair helped. I take my bulldog to a lot of places and she is normally quiet and unobserved. She just had her rowdy friend with her.

This is a huge problem with dog hauling. People don't check to see if the car is running. They don't observe a dog who is not in discomfort. An over heated dog is very quiet and in the coolest part of the car which is a floorboard. They aren't in front of the air conditioner vent with 50's-60's country music playing or dancing in the window to bark at you.

Some who make a big issue with you are sincere. But I do think there are plenty who just love that rush from indignation. The only thing new about "holier than thou" attitudes is that we understand the endorphin rush people get from the attitude. Somehow all that results in the topic of anger. I think it is my anger in this case.

A few days later, I was rounding a double lane drive through. This woman steps on the gas and rushes by my car. It was the sort of maneuver that will lead to an accident one day.  As luck would have it, my order went through first and I went in front of her when the lanes merged. I took the time to look at her face through my rear view mirror. She had resting angry face. My initial hehehe, I'm in front of you moved to sometimes people just have rotten days or they really hate to wait.

It is my opinion that rushing about is more a bad habit than anything. I had a co-worker who passed me every morning going to work. She was in the school at her desk before I parked. So some rushing can get you where you need. But I still don't rush through yellow lights etc.

I finished reading The Anatomy of Motive by John Douglas and Mark Olshanker. Anger is the root of so many antisocial crimes. So I googled the nature of anger and got a lot of books to help with anger management. Then I googled anger in general and got some information surprisingly from WebMD and the like.

Another day, I returned to check on my brother and help out at his house. He is still in the hospital. I stayed late and got back about midnight. I got up at 5:30 am and did what I do in the morning before we all toured hell that morning.

After leaving the grocery store, we stop at a fast food place that we get carryout for a light lunch. All four cashiers were busy. One opened and a woman behind rushed ahead of me. The same cashier opened so I walked over and she walked off to get a drink of water.

So I am back in line. She then calls me over. I say, I will stay in the line I'm in. That cashier finishes and gets her paper work out to do and ignores me. A third cashier opens so I try to get to him. He calls for the man behind me. The woman doing the paper work realizes I have been waiting. I'm so aggravated. So I say, don't worry about it and leave.

Getting in the car I know I was too demanding in that I had no patience. Long story short, I recognize I am worn out.  What I hate about being inpatient is that is how those people will remember me. They were being the keystone cops of cashiers. But they weren't trying to drive me crazy. I came in that way.

We go to another place we like and I just go through the drive through. You have to give your name at the drive through and the young woman there gets to calling me Miss Annie over and over.

I'm still in a mental rut. I tell her my name is Ann. She is trampling on one of my classroom rules. You do not make personal comments about someone's physical features nor do you alter their name. Nobody likes to hear that their teeth look like mouse teeth even if they do look like mouse teeth.

So I have gone full circle. Why can't I just read the Cliff notes sometimes. I would like to wallow in shallowness, sort of like doing water aerobics in a hot tub.