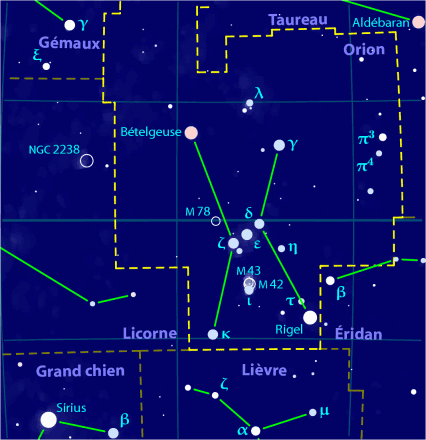 One of my favorite things is to look at the heavens and look at constellations. When I worked for a non-profit, I did astronomy programs with a portable planetarium. For 4 year olds, the biggee was accepting that the lights would be turned down. I would do their program with a little light. It was too scary otherwise.

Interesting enough, the constellation Orion is a hunter in all the cultural constellations that I encountered except for Egyptian constellations where Orion was Horus the God. My study was not exhaustive so I am sure there are other myths or story for this Constellation. 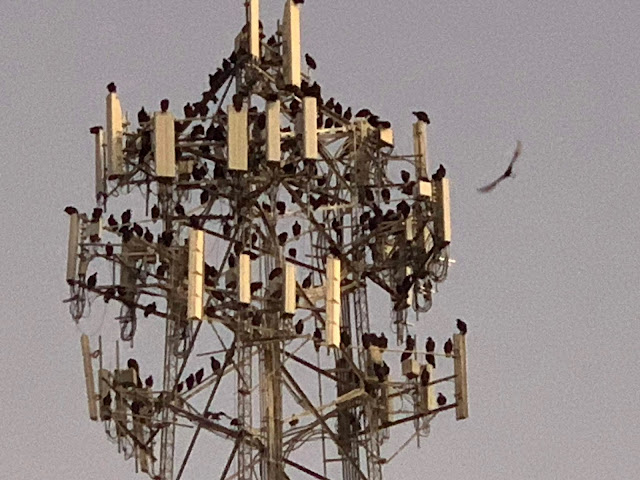 I like French phrases that have crept into the English language in that they say so much. My problem with them is that I can't spell them right.

Raison d'etre means a lot to me in that if we don't have that internal motivator; life is not meaningful. I have an 89 year old mother and yes she has slipped some. But she is amazingly perceptive in many ways. I have two handicapped siblings and she still is a mother to them.

Living with my mother, I think of that book "My Mother, Myself" printed in 1977 when I was 21. At the time I thought I was so different from her. Living with my mother these past 17 years, I understand her better and know that the apple doesn't fall far from the tree.

Things I learned at my mother's knee.

1. Avoid an argument anytime. Climb a tree if possible.

2. We love children. I worked a summer science camp. Since I was in charge, I let the pre-teens be as loud as they normally could be when they came in from playing outside. It did not…
4 comments
Read more 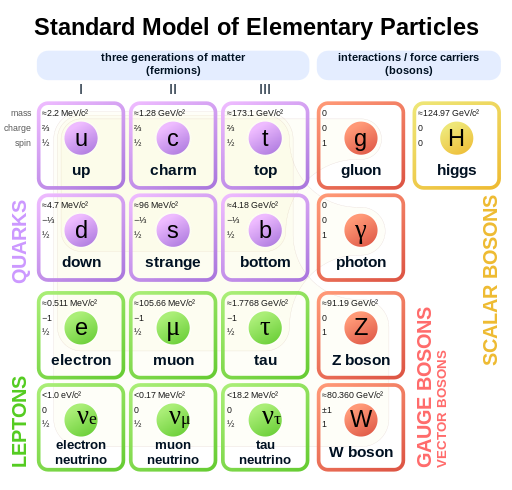 Interesting how one vowel can change the meaning of a word.

Interesting enough, electrons a negligible mass compared to protons and neutrons. An electron is a lepton

According to Merriam Webster this is a variant of Quirk. Online dictionaries say it means to throttle, choke or to become very angry.

What it doesn't mean is Twirk. I thought that was what the word meant. So Miley Cyrus is not known for Querking but for Twirking.

But Miley Cyrus is known for her Quirks. I've often wondered what was put on for publicity and what wa…
3 comments
Read more 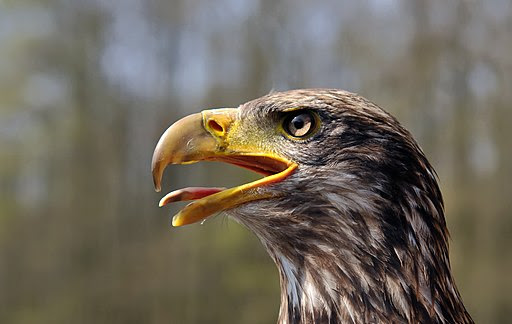 Bald eagles have brown heads when young; so when they fly in the wrong territory, adult eagles give them a pass. Although I started working at 16, it wasn't until I started working in earnest during my twenties that I became acquainted with workplace politics. During a brief time when I worked for a non-profit after I retired from teaching; I discovered another area of politics and that is the female power structure.

Suddenly, I learned why all my co-worker friends were usually male. I had a few female friends. I thought it was because I grew up with brothers and lived in a largely male neighborhood. Add to that, my mother was a tomboy and her mother was also a tomboy. Well we are three generations of feminine tomboys.

I was never good at "brown nosing" so I gave up on that quite early more due to ineptitude than from a nobler motive. I went to a fortune teller who told me that I was not a follower or a leader. And you know that is true. 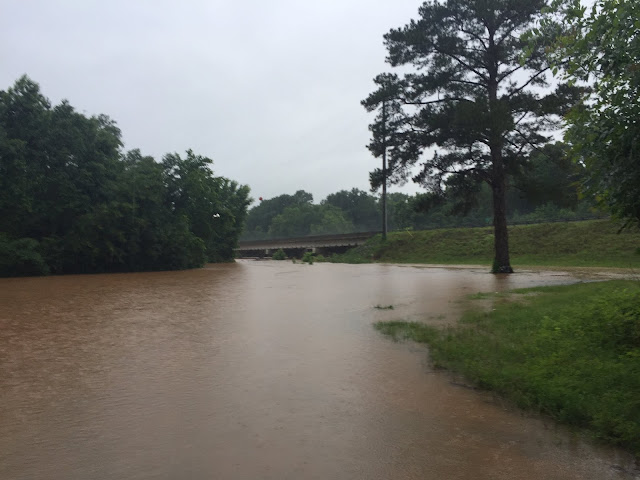 Today is the day I have realized that I will never get it all done.

The reason I did A to Z was to get my mind back to writing. You do have to make some things important. I fell behind this week doing taxes and paying bills. I normally do fill a form with the IRS because it is free. I did not get my refund from GA last year. I have to resubmit an amended tax form for 2018. They say I was disallowed my senior deduction because I did not include Schedule 1.

So I decided to get with the program and file electronically. For my mother and I, that is $100. When I finish with my sister, that will be another $20. Not a King's ransom, but that is why I have what I have which is I cut expenses when I can. I will say, it saved me some time.

This weekend is going to be full of paperwork and organizing. Walking in the house from walking the dogs this morning, the grass needs to be mowed again. I mowed four days ago. This does not include where I try to branch out and mow a bit more. 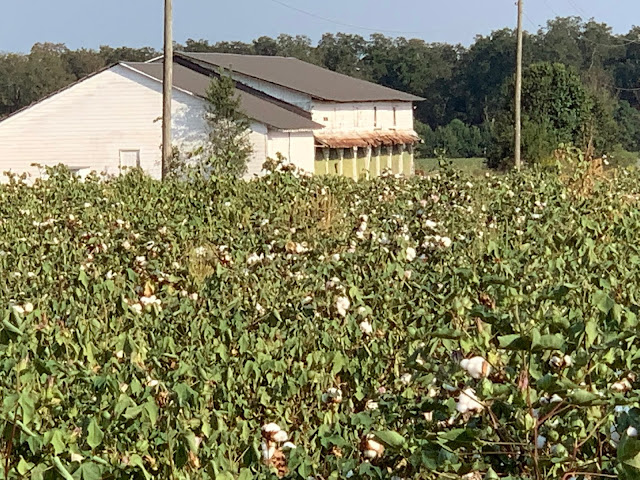 In the English speaking world, we have more than our share of eccentricity. As an American, it is almost a required state of being, especially at your funeral.

There is a joke going around Germany, what borders stupidity? Canada and Mexico is the answer. The problem with English speaking countries, I suspect they like the idea of being difficult or intransigent. Canadians are probably chuckling at the joke and then going, "I resemble that comment." Canadians are more polite than Americans. But they can be rambunctious too. I don't know about Australians or New Zealanders. But from the newspapers online from Britain, they certainly have their cast of characters.

Well we got an enormous number of people with Covid and people are chaffing at the "stay at home" request. We got a whole group of people who are worried about restarting the economy which will need to happen. Meanwhile, they don't seem to understand there is no restarting an economy wit…
4 comments
Read more 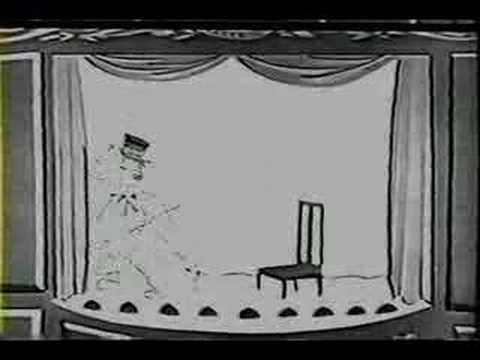 I discovered I did not spell this word or name correctly. I formerly spelled it murgatrode. The word became famous with Hanna Barbara's character Snagglepuss, a discriminating opera buff of the comic model. Snagglepuss would say, "Heavens to Murgatroyd" which is a variant to "Heavens to Betsy".


Murgatroyd is also a woman's name that was derived from a surname. It is related to name Margaret. I think naming your daughter Murgatroyd is up there with the poem by Shel Silverstein of "A boy named Sue" which was made famous by Johnny Cash.
2 comments
Read more
More posts