Time, there is never enough. I remember in college someone told me there was a trick to staying up all night and being rested in the morning. I was so disappointed they couldn't remember that valuable tip. It is nearing 50 years later and I think I know how and it is no tip. 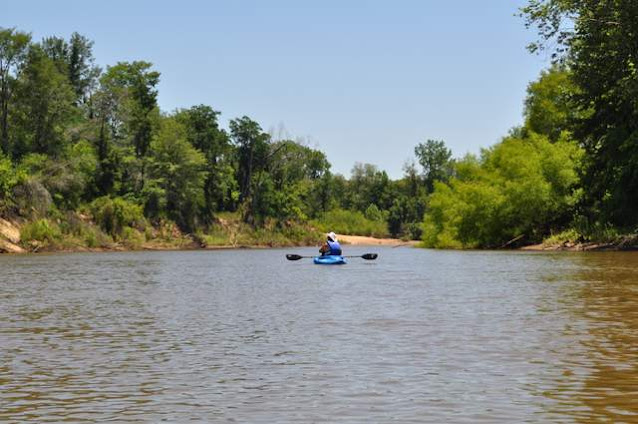 Late at night, sometimes my mind races in frustration over my sister who had a stroke. She has been conned and been difficult to manage while making modest strides towards being independent. I would do guardianship of her but she would fight me every step of the way. Today, the home health care people quit her.  I'm not terribly disappointed they quit. I've never considered their efforts that good. Her insurance pays like for 26 visits whether they are checking her blood sugar or doing physical therapy.

My sister needs proper physical therapy and I need to stay with her when it is occurring. The fact that their arrival is so unpredictable makes it impossible. Add to that, my sister has said they stay about four minutes. One thing that happens when someone is mentally disabled is they are vulnerable to the my word versus your word. It's assumed they are always disoriented. There was a blow out with one yesterday and I can honestly say. My sister probably got angry too fast and was unreasonable.

The physical therapist was unable to communicate for my sister and pursued an argument. As the professional and person without a stroke, she could have done better. Add to that, I came by my sister's house shortly after the fiasco and one thing that was said about my sister was probably not true. What I was told was said was from the fourth person in the chain of hearing and telling.

In the United States, one thing everyone of some middle class wealth should do is get long term nursing care insurance if offered. If you have no money, Medicaid will cover the cost. If you have the money, you can foot the bill yourself. But for those in the middle, it is between $4000 to $8000 a month. Add a bit of dementia to the stew, you have a right mess to deal with. Most importantly make the decision to accept living in an old folks home. If you live long enough, you may be lucky to be there. I know in my family, our bodies get too frail as we age. Luckily we keep our minds which I hope happens for me.

My sister needs to be in a personal care home. The problem is you can't make someone live where they don't want to even with guardianship. She spent 20 days in a nursing home rehab and she cannot tell you enough how horrible it was.

When my sister lived with me, I allowed her to save her money so she would be able to live in a good facility. Then the parasites started circling her. The first one was a man who had a meth problem. At one time, he was a respectable business man. It started with my sister giving him a gift of $500. Next it was a check for $1500. The next was her friend Debbie who always needed money. Heck, even I gave Debbie money. Then it was a old high school chum who encouraged her to move out. The first night my sister was in her home, that girls mother came to my sister's house around midnight wanting to talk to her. Their idea was for my sister to stay with the mother and the old chum to live in my sister's house. Luckily, my sister recognized that it was a terrible offer.

In a series of bad decisions, my sister has racked up debt. People who have come to her house to help her have stolen from her. The first thing they always did was get her rip roaring mad at me. Getting me out of the picture was always needed.

A neighbor who was mowing her grass and doing odd jobs for a payment of either $500 or $1000 a month no longer speaks to her or me because she has told him she can't afford to pay him that anymore. I did see her give him $1000 in cash and knew there was a problem. I just did not have the power to control the situation. This has been one of the good things that has happened. My sister has been easier for me help with him out of the picture.

I think he meant well at first. Like many amateurs he overcharged for his services, and I think he did not want to become her de facto caregiver. He may have learned what the bottom feeders know. You can get in a lot of trouble taking money from someone like my sister. The neighborhood is made up of relatively new homes and many of the neighbors are black which is a good thing. As an ethnicity, black people are more tolerate of the failings of others. As an older woman, if I look at a black man no matter their age, they will ask me if I need help. White men do it too but not as often as black people. So her neighborhood is safe and if something is awry, they would call the police.

The big thing the neighbor did that was wrong was he butted his nose into me being able to take care of my sister. I hate that people never respected that it was me that was always going to pick up the pieces. I particularly despise anyone telling me that she should be able to live on her own. They don't get the crying phone calls about how she is miserable because of different things. They don't spend $3000 paying her property taxes so her home isn't sold in a tax sale. They don't love her. They just say she made her bed let her lie in it. She is mentally unable to care for herself. It don't work that way.

There are no simple answers. Yet that is the root of people who assume they know more. This is why so many are tired of thoughts and prayers. It is easy to mouth these words. What she needs is a friend who will talk about real things and visit her, wash her dishes, be wise enough to get her on another topic and have a conversation.

So no, I don't sleep well anymore. I'm lucky if I get six hours.

My sister's yard is very small. I have a developmentally delayed brother who would enjoy mowing it while I helped her inside the house. But her sense of wanting to be independent makes her want to hire someone which is fine by me. As long as she has a roof over her head, food, medicine, medical care and other necessities, I'll have to be satisfied.

The bright spot is that if she had been in a personal care home; she would have had problems due to Covid restrictions. I do have a friend who lives in a nursing home. There were days when they had to keep the door to their rooms closed. Just a little television or whatever to while away the hours. For my sister, she still has that desire to live a vibrant life. It is just that her body is not cooperating.

I do what I can for my sister and plan to continue. Honestly, there are no magic agencies or any thing to help. I remember reading about if you don't plan for your retirement, you will live in poverty in your old age. I know some think the government will take care of you if you are poor. They will. But it will not be as comfortable and easy as you think.

My mother could be in a nursing home. My dad left her well provided for. But she has her own room with what she needs that she enjoys. My mom sleeps in a lift chair and the equally comfortable spare lift chair beside her is where her 14 pound chihuahua, Jojobelle sits. My mother is relatively independent in her personal care.

I bring a book to my mother's room in the evening to read as she watches Matlock or the old Perry Mason. I was surprised to learn how good silent movies are. My mom wears hearing aids and she uses closed captioning to watch television. Mom busies herself with taking care of herself, taking care of Jojobelle, reading, sorting photographs. In short, she has a good attitude.

I've learned that you can't master or control anything about life. My situation is like many parents whose children I taught. Their child resisted doing any school work without intense pressure. They always wanted ideas to motivate them. There was very little they could do except dog them to do their work. I felt keenly for these parents in that they understood what a cruel teacher life can be.

I'm a very blessed person. I have good health, financial security, a purpose in life. This was a vent blog which I normally don't publish. It is Friday morning. I fell asleep at 12:30 am and slept until 9 am. So I feel great.