Kyle Rittenhouse and his mother makes me think of the consequences we face for our actions. Kyle Rittenhouse's lawyer gave the hope that time would allow Kyle to fade into anonymity for his shootings at a riot in Kenosha. Does he follow his lawyer's advice? Does he let political pundits use him as a cause du jour to frankly make money. Does he do some serious introspection about the deaths of two men? Does he sue CNN?

He was too young and untrained to do what he professed a desire to do at the riot. His crying on the witness stand was played all day everyday somewhere on the television. The cynic in me has seen a lot of crocodile tears. I'm one of those people who feel we need to man or woman up to what we have done. My life experience tells me there is a place for mercy with someone so young.

What changed my mind was not his lawyer. If Kyle Rittenhouse and his mother did anything right, it was hiring Mark Richards. Mark Richards changed the focus from politics to the situation and the person. The original lawyer, Lin Wood, was spending through the donations for Kyle's defense and granting interviews with the Washington Post, et al with his client Kyle Rittenhouse.

What changed my mind was reading the profiles of the people Kyle shot. Don't mistake me for one of those people who feel they were scum who deserved to be shot. That is not what I am thinking. What I did recognize is they were unstable violent men. Thousands of years of evolution has given us all that inner instinct to recognize danger in another person. Kyle saw that danger.

I remember a psychologist who warned teachers to always respect that instinct. I only had one student in my work that evoked that response.

I worked at an evening high school. He was one of many day school students who were trying to catch up by retaking classes they failed. My night school kids were irritated with their immaturity. The day school kids mistakenly thought they were the better kids. He sat in the front and I had a large student lab table between me and him deliberately.

One day, I absentmindedly broke my rule and walked over to the side of the table and that kid reared up at me. Two of my "so called bad kids" were there blocking him from me within seconds. My instincts were right. Those two kids knew it too. It was interesting how the lightbulb went on in the average day school student's heads. They began to to be quiet and polite like my night school gentlemen.

I suspect Kyle Rittenhouse had an innocence like the day school students. Those two night school students would not be attending a riot. They understand attending a riot can lead to death and injury. Heck we have death and injury where people crowd a music venue. My beef with Rittenhouse and his mother was what fantasy world did they exit when they loaded up for the riot. I can understand why a young man could want the adventure. But momma, you gave him a lift and a "cool" rifle?

Consequence? Originally, I thought he should serve some jail time. I'm tired of everyone who has the money and inclination arming themselves to the teeth with guns and not having a clue what a responsibility and burden it is to be a responsible gun owner. I was raised with rifles and guns. They were considered dangerous tools. I had someone point a gun at me about ten years ago to intimidate me. I still have no respect for this person.

I was raised to only show a gun as you use it. If you are wondering what I would use a gun for. It would be to be to protect a person or one of my animals from being attacked by a wild animal such as a feral hog or dog. The days are long gone where I would shoot game for dinner. My cousin still shoots a wild turkey on occasion, and they have a nice meal from the meat.

My dogs are working dogs. No one sneaks up on my house. I have a rule that we lock doors and windows at all times. If we were to have a home invader, this would give us time until law enforcement arrived. I know I would not go all Rambo and be successful. I would be scared and make mistakes. My pitbull would be behind me shaking in fear. But my chihuahua, I don't know. I can see the home invader being brought down by him.

Rittenhouse has a lifetime consequence. I'm sure going through the court case was a hardship on the mother and son. I know it was paid for by donations and Fox news making a documentary. But there are other hardships than financial. Rittenhouse may be emboldened by winning the court case and the urging of people for him to sue CNN or President Biden. My prediction is that doing so will make him never live what he did down. He would be like David Duke with his KKK affiliation or  Zimmerman shooting Travyon Martin.

I see Kyle sort of like the young woman who was photographed hassling black students integrating a school in the 1960s. Her name and image deeply affected her life. She did her best to live it down and remain obscure. Maturity and a conscience led her to work to help black Americans live better. I certainly hope that Kyle takes his notoriety and builds a better life for himself and others. In some sense, being involved in such a notorious event makes a person almost obligated to live a life of redemption.

In humility, I think of times I was shielded from blunders of ignorance. I think about the woman who made a lame joke flying to South Africa and the public condemnation she received because social media took her serious. This is one big reason why I am hesitant to voice public opinions. The other reason is I can think of a lot of other things I would rather do than listen to someone disagreeing with me.

Plus, I always find things I have had wrong my entire life.

For instance John Fogerty's brother was Tom Fogerty not Dan Fogelberg. I went to see John Fogerty a week or two back. What a great show. He was very close to being as good a showman as Marty Stuart. My favorite was his saxophonist, who had a Dixieland Jazz outfit on. So all these years I have been calling John Fogerty, John Fogelberg. A mistake amplified by the fact that I am a huge fan. The internet is my fact checker. And so many things for me to learn. 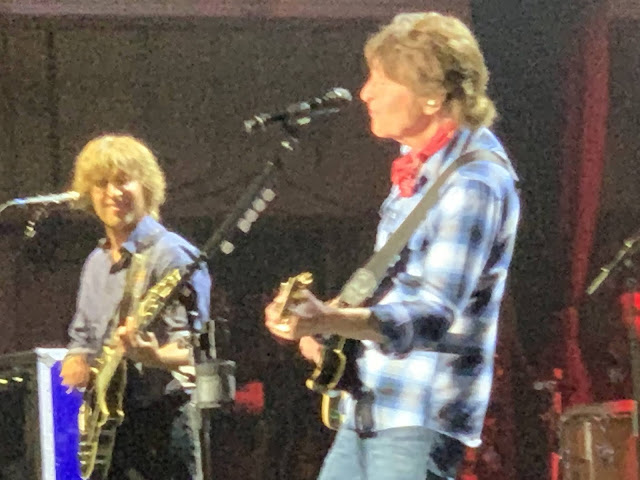 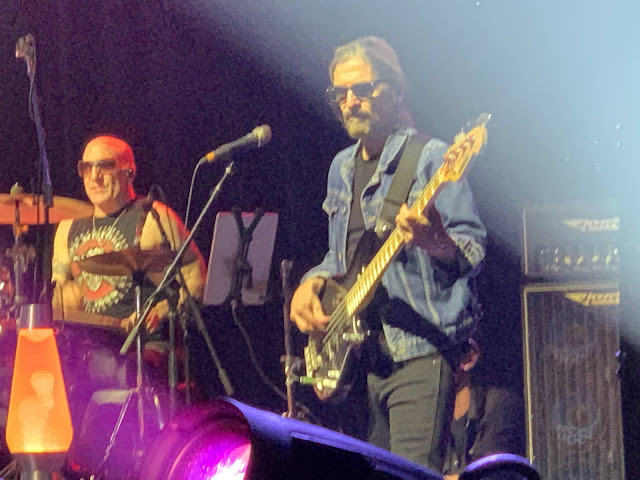 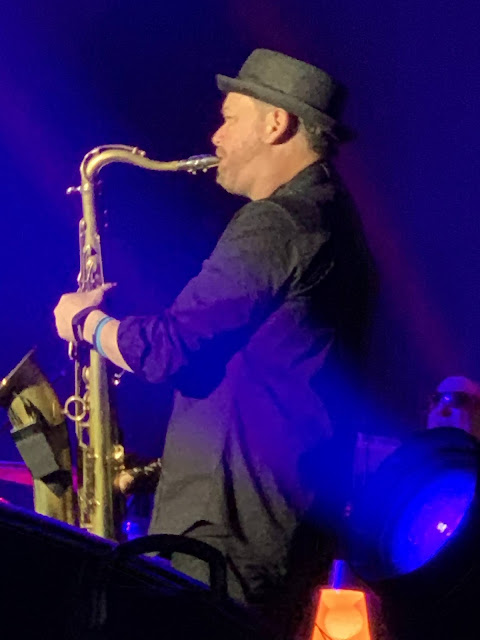