There is so much to learn about things by observation. Have you ever noticed someone post a profile picture of themselves sticking their tongue out. What are your impressions or expectations? Maybe the Rolling Stones... 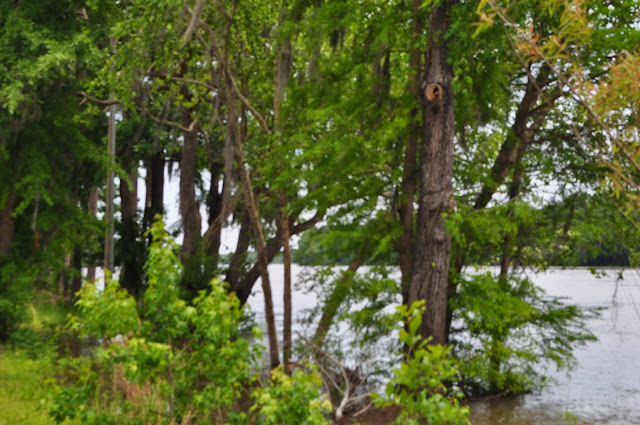 There have been two funerals today. I attended neither but both men were a part of my life.

One is Gregg Allman of the Allman brother's fame. I never saw the band. Although I lived close enough to watch a free concert in the park; I was a little young to make it with friends there.  As his name became synonymous with drug use, I did not have that much interest in him.

I've been reading Gregg Allman's book "My Cross To Bear". It's a good read. I'm not surprised that he is an intelligent person. I have much more sympathy for drug and alcohol addictions as I have gotten older. I never drank in that I thought it was inherited. I read a statistic one time that if they treated alcoholics for depression, about 60 percent sobered up. I do think there is some self medication. Gregg Allman described the addiction as a wild cat let loose inside your body. With alcohol and the drugs, he could quieten the animal for awhile.

Gregg Allman clearly worshiped his older brother Duane who died in a motorcycle accident at the age of 24 in 1971. Twenty two year old Gregg Allman had the wherewithal to pursue a career. That good judgement is evident where as a 20 year old kid he knew to return to California to fulfill a contract obligation for the band. His band mates were ready to ignore the consequences but Gregg obviously understood how badly it would have hurt them.

Autobiographies appeal to me. Sure no one tells what a creep they were or the more sensitive areas of their lives. I read Kitty Kelley's biography of Nancy Reagan. It was meant to be salacious. Although I was not a fan of the Reagan presidency at that time; I did sense it was so unfair. So the fact I purchased the book for a quarter at a yard sale gave me some satisfaction. I noticed so many of the books at yard sales and used book counters.

What I like about autobiographies is that they weave a story of a life but if you reflect, there is so much more they share.  Gregg battles shyness most of his life. This explains a distance I always noticed when he spoke to the media. You could hear his voice in the writing.

His book is an engrossing read. As an artist, he discusses how it took experience to sing well, play an instrument well or write a great song.

The other funeral was for a former teacher, James Franklin Stewart. He was Mr. Popularity at the high school I attended. For one year he taught school and he was my teacher. Later he went to law school and moved to Los Angeles in hopes of breaking into the film industry. He was semi-successful but made his living as an attorney.

Besides having a huge crush on the man, he is probably a big reason I went to college. My senior year of high school, I wavered on going. It is one thing I have done in my life that seemed like a mistake at the time. But looking back, it improved my life immensely.  He was close in age to me and someone I admired. Although he was a Rhode's scholar; he was teaching school to support himself before his next big step in life.

For me, I taught school for the same reason. I was unable to take the next big step. My younger sister had been diagnosed with schizophrenia. My poor parents could not handle me floundering. So I took the safe route which actually has benefited me and my family.

The teacher was James Franklin Stewart. I would have gone to his funeral. I could have lined up in Macon to pay my respects to Gregg Allman. But I took care of the living today. Both had an affect on my life. Allman influenced the zeitgeist of my day. Mr. Stewart showed me a real person who had gone to college. I could see myself in that world.

I've always liked John Donne's poem, No Man is an Island. This is taken from https://web.cs.dal.ca/~johnston/poetry/island.html

'No Man is an Island'