Mornings are hectic at my house. That is when I have the most energy. I took a nap yesterday and got up with the same effect. Man retirement sucks in that your body seems to know you don't have that endurance. A physical therapist warned me that when I retired to spend a certain amount of time standing. Those muscles would weaken from sitting and not getting up like I did when I worked.

I drink a huge cup of coffee and check my sites on the internet most mornings. Not a whole lot goes on. I don't click the reading list or I'll be at my computer much too long. I've enjoyed all the politics. I do read a few news sites. I had never heard of "morning joe" before. But, I drink a lot of Joe.

I try to think younger. I remember when I entered the work world, I just tried to keep it light with everyone. Agree as much as possible with folks without taking a stand. More importantly, I had lots to do. Although I have always read the newspaper, I just did not get that excited about politics. I had things to do.

So I ask myself, why in the "h" "e" "double hockey sticks" people have gone crazy over the politics of the day? It's not like anybody really cares what each of us think.  "Baby boomers" just don't know how to get along. Remember the sixties.

Once I looked the woman in the mirror and she was right, 😊 I began to block all the politics on Facebook from people. I got both sides coming full throttle. I mean the world is still turning. Fortunately, of all the tragedies in the world, I've got a roof over my head, food to eat, and a computer with internet. I'll try not to think of that person making $7 an hour, $280 a week, maybe $900 a month after taxes.

Impeachment news gets under my skin. We will have this President whether people like it or not. I'm incredulous when people say he is ordained by God to be President. No he is President in that he reflects the American people who voted for him. It's that free will thingey.  2020 will be around before we know it.

What I have learned from the harsh opinions is that I am more concerned with the ability to be President. I do tend to vote Democrat. But, the best candidate in my opinion was Mario Rubio. He is young enough to do the job.

My father taught me you have to have float. You have a disagreement with your friend. You don't stop being friends. You don't do something spiteful or hurtful to get back at them. You get over it.

You might think this is an old way of thinking. It is as old as time and adaptive. This is something I tapped into as a teacher. Most parents try to instill this way of thinking. Yeah, I know about the helicopter parent. But most parents are not that parent. They are making judgement calls continuously. Am I helping my child, am I hurting my child. Sometimes you are the helicopter and sometimes a kid needs one.

Helicopter parents to a degree gives a child a leg up. But those adaptive skills will save their sanity at times. I've met people my entire life who made it with a lot of help from who they knew. They developed adaptive skills. I had a a lot of help in my life from people who got nothing for helping me nor did they have any vested interest in me. I try to be those people when I can.

But when that 20 ounce cup of coffee of mine gets cool. I take the rest of my vitamins with what is left and go feed the dogs. I remember my dad's story of some old man telling all the men in a Robins Air Force Base hangar in the late 1940s that the world was messed up when he came and would be messed up when he left. 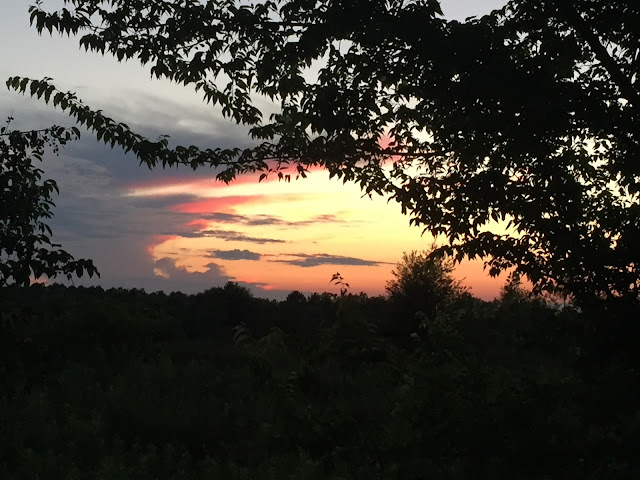