New week, the news has to get better. You can unfollow people but remain friends on Facebook. Right now my Facebook feed is about Genealogy and the local paper. I miss the days of the cat video sharathon. 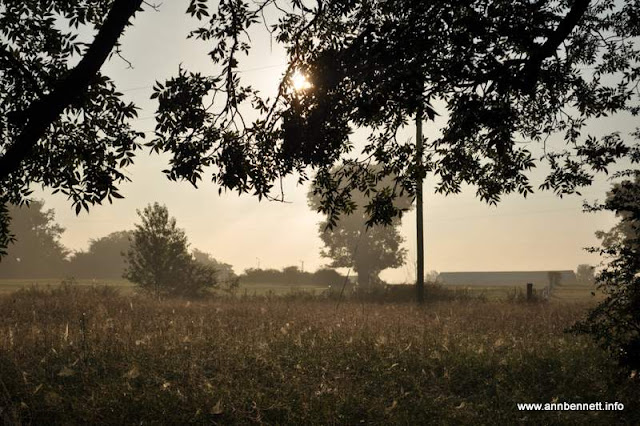 The fact I have taken in a new stray dog puts me at ten dogs. I got too many dogs and the shelters are full this time of year. Living in a rural county, there is no animal control. The dogs are chasing something back into the woods. I'm hoping it is not another dog. They are cutting the pines down on the property behind me. Maybe it is a deer.

There are tons of chicken trucks delivering birds to the chicken processing plant nearby. My mom and I discuss the urge to set them all free. We had chicken last night for supper. So, I am a hypocrite. We also drive by unkempt grape vines and have the urge to start pruning them.

I've done my first binge watching of a television program. It was Orange is the New Black. I asked my sister if something was in the book. It turns out the book was about 200 pages long. I watched all five seasons this past week. I will say as the seasons progressed, they got duller.

I'm glad I caught them at one time. What cliffhangers, and the characters are very endearing. The bad, bad guys are awful and all three worst got killed. It was supposed to be dramedy. However, the comedy was not real strong for me. It had a more surreal quality. There are some things that I know are supposed to be funny; they just don't strike me that way.

It is not realistic in that all of the prisoners are swell folks deep down inside. All of their meanness is due to bad things in their lives. I used to subscribe to that notion but it is not always true. Some people are plain mean. Evil exists.

The character Poussy is unfairly killed by a guard in a crackdown on prisoner rebellion. That guard goes into a deep dark soul searching depression over the incident. I can see where something like that can eat at your soul. However, most people go for self preservation.

The main character Piper Chapman is not a likeable character. I loved the characters they created. There was Flaca and Maritza who represent youth and innocence. There are the mothers, the hoodlums, the skinheads, people divided by race with the elderly forming their own group.

A 79 year old inmate plans to stab a really mean and vicious inmate who has caused a lot of problems. She stabs and kills another inmate in that she doesn't wear her glasses because they make her nose look big. Just a reminder that the gals may look harmless but they might not be.

A sad part was a woman with dementia is given a compassionate release. She is taken to a bus station with a ticket. The woman obviously does not have the wits to get on the bus or go anywhere. It reminded me of a man who drowned in the Ocmulgee River about a year ago. He had signed himself out of an nursing home several months before and had been homeless.

It's a good show. It is not as good as the Sopranos. I watched the Sopranos long after the show had ended. It was as good as they said it was. I've tried to watch Breaking Bad. I can't get into it in that I can't buy into the premise of a nice man making meth to rescue his family from doom. I think his family can fend for themselves after his death from cancer. And good people don't make things that will destroy other people and their families.

I am still watching the news. I'm taking a break from thinking about the news. They have started the Civil War back up again. We as a nation are in la la land when the most current thing in the news is something that ended in 152 years ago. But I do pray for reason. I read an article about what Andrew Young had to say about current events. It is a shame we don't hear more reason in the world. But I do thank God that we have had people like Andrew Young to lead and there are younger people leading the world with reason.

I'm one of those people who is actually neutral about the statues. Time will be taking quite a few down soon. There is no fight like the one a family can have. What I wish people could take from the civil war is such a huge price in lives and misery was exacted from the War Between the States.  We should all take a step back from the noise and seek reason.

This letter from a civil war soldier should give us all pause to stop and think. 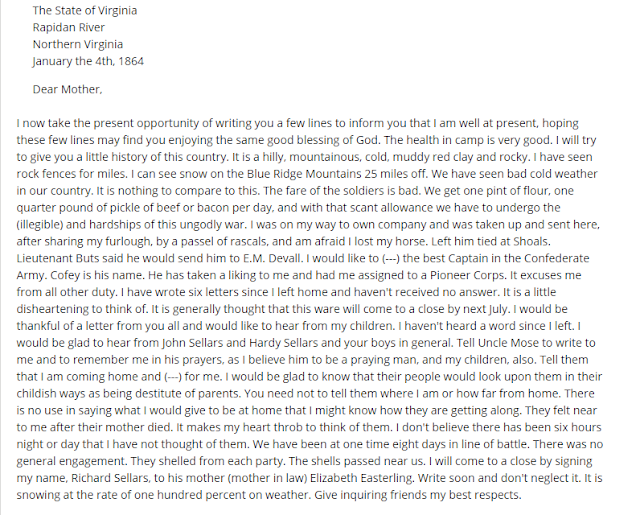