You can call me kitty kitty

I've always been impressed by people who walk to a different drummer and dare to go out of the norm. I am ambivalent about the fact that I am the person who seeks to blend into the crowd. My older brother would take them on. I grew up in a family that could easily stand out and then there was me, my mother, my sisters and one of my brothers who only wanted to blend in. We were all utter failures to conform in our own way. My dad was born to not give a damn and was a social butterfly.

The funniest thing my dad did was he and my uncle went to a wedding together. Both men liked to talk and go to a party.

My older brother had great social skills that I did not recognize until I was older. We had a good family but we had our struggles. One thing that happened to my brother and I is we had to enter the world at an earlier age and become independent. Both of us relied on our wits.

For me it was going to college which at that time you could work and pay for most. Several of us would live in an apartment to save money. I lived in a run down trailer one year and it was incredibly cheap. The fashion at the time was "hippie", so a pair of jeans or three and a selection of tops was all I needed. I'm glad I did not come of age in the sixties. It would have been a choice of fashion or college.

My brother got the poor man's college. He joined the Army and made a tour of Vietnam and came back very troubled. He drank heavily most of his life. Besides being a helicopter mechanic, he was a doorgunner for the helicopter. Vietnam was the frat party from hell. I wanted him to write a book. He didn't want to write a book. In many ways, my brother was my best friend in life. I had thought as we got older, I would get the stories out of him and write them down. As I go through his paperwork, I can't help but notice he had the same family traits as all of us.

But my brother had the guts to be himself. Me I have conformed. I think of hilarious things to say and strange things invoke a humor in me that I don't share. My brother would let it rip. When leaving the hospital after losing part of a foot about a year before he passed, the nurses gave the biggest smiles when he was leaving. He had entertained in a cantankerous funny way during his stay. One night he had a pizza delivered.

I remember at the first hospital, two young nurses were constantly checking on him because they loved the banter. I told him to watch his salty language. The young gals turned and looked at me and said they could handle it. They were enjoying the entertainment. I can imagine them sitting at the dinner table with their parents. They were that young.

What has made me considered to walk to a different drummer is that I am not a follower nor a leader. I got my independence very early in life like 4 years old. We had a neighbor that had a past. My father had lived in the same boarding house as her. To protect her virtuous reputation, she spread stories about my family. One was that we were part black and I was the proof. I suspect it was a power trip as well for her. As a consequence, I have always been suspect when someone cautions me about an individual. In my mind, I feel the tick tock what is it for you to control how I feel.

I thought this had something to do with the fact that I do not have racist tendencies. In living with my mother, I now recognize my parents were not racist. My mother is very open minded and recognizes how badly black people were treated. Looking back at my family, I remember how sad my parents were when Martin Luther King was assassinated. I remember my dad saying he was a good guy. It would be much harder for race relations without him. I also remember what my dad said when I told him what the neighbor was saying. He would not even look up from his reading and said he liked black people. It was OK with him.

My contention with organized religion I think is genetic from my father's side. My dad is mostly Scottish with a bit of Welsh and English thrown in along with an errant Viking. I have recognized that my doubt of God was more from an anger at people using religion for their advantage. Even today, I feel disgust with television preachers who collect enormous sums from people who have very little. A lot of our social connections in the South are connected to our churches.

I would go to church. But, I struggle with not having enough time as it is. I'm a moving target anyway. Most of the time I am busy working and not thinking of anything really. I get my best ideas mowing grass for some reason. I have wondered if it is not like meditation and perhaps the angels can get my attention more easily.

Anyway, I was a lucky person to know my brother. I would say Rest in Peace; but, I think he is in heaven.

Getting an IV Drip

I had to look up whether an IV drip was made for treating a bout of heavy drinking after reading about a singer who drank too heavily on a ... 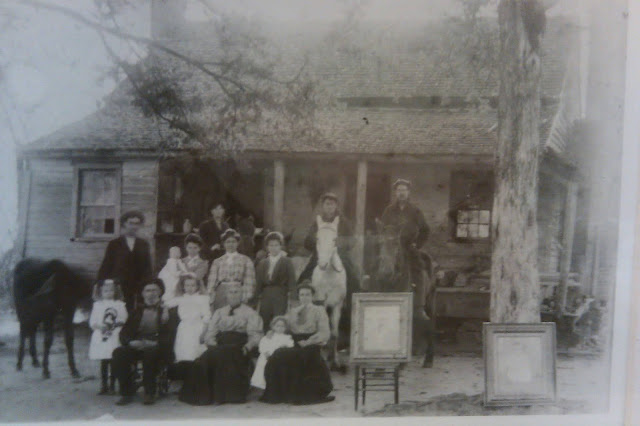