The nature of anger 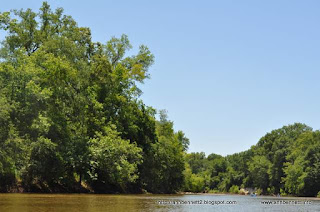 Anger has been the challenge for me the past few years. I have been angry and exercise helped me. I think it is the time to sort your thoughts as you pace on a treadmill or elliptical machine.

We know more today about how we think, why we think, brain structure and chemistry, even whether we are open minded or closed minded. Surprisingly this has nothing to do with ideology.

I went on a canoe trip with Gordon of the Flint Riverkeeper. Interestingly, he would not have any political stance. His stance was the protection of Flint River and he did not let someone's political affiliation have anything to do with enlisting them on his behalf. Politics are a fashion. He was used to getting tea party "tea baggers" as well knee jerk liberal "tree huggers" to support laws and practices that protect the Flint River and its tributaries. His political agenda was Flint River.

Fortunately most people are between the extremes. Its just that in the United States we take trends to the extreme. In the 70s it was fashionable to be liberal then we became conservative in the 80s. What goes up must come down or as Flannery O'Connor titled a story, "Everything that rises must converge." Confused, so am I.

Last night, the neighbor had a horse loose on my property. I knew it was safe from being hit by a car. After several hours, I gave up and told them they had a horse loose. The horse was frantic. He knew it was dinner time and he couldn't figure out how to get back to the barn.

The adult daughter told me that the horse was loose because someone was vandalizing their fence and she was calling the sheriff.

Well you know who the someone is. Like I can lift the electric lines from the post and the plastic cover. You would need the strength of a horse. Maybe I better go in the house and make sure my 82 year old mom is not out there pulling up fence posts from the Earth.

I had seen a horse eating grass by sticking its head underneath because the pasture is being stripped of grass. The donkeys stomp the dirt and delicately eat the roots of the grass. I knew it was the time of year horses would be breaking out for the lusher pastures of my front yard.

I said nothing. I will call the sheriff next time. It's a ticket and possible impoundment of your animal if it happens repeatedly. No I did not say anything to her. It takes an idiot to argue with an idiot. I truly mean idiot in that she and her parents are not wise enough to know goodwill is a commodity that cannot be taken for granted.

I go through a moment of rage afterwards and I think some pretty harsh thoughts. I think of cruel things I could say. School yard taunts. Then I wonder what in the world is wrong with my thinking. Will this anger consume me?

This is where I think emotionally, we are graced. I know that anger makes anyone have poor judgement and perspective.

I'm standing in the middle of piney woods on my property. The wind is gusting, it is going to rain tonight. I feel peace.
- March 05, 2013