If you dance in the middle of a forest with shoes on and no one around. Have a blanket on the ground or better yet a chair.

I'm learning from sites like answers.com to be provocative. Titles like, "Beautiful actresses without make-up" have you clicking a link for 583 slowly loading slides of inane pictures and a few other ad sites of slowly loading commercial videos all to see some really creepy pictures. You exit the site before you get anywhere near checking out number 11.

Lucky for you, I will summarize those slide shows. It's a waste of your time!

Back to dancing naked, it would need to be an unseasonably warm night. We are having those with monsoon rains. A bar of soap and shampoo and you would be fresh and clean. I imagine it would be like taking a cold shower. Have some heated towels handy, you know that refreshing breeze will chill to the bone when you are wet.

It's going to take some coordination to get towels straight from the dryer to dry yourself when you happen to find yourself dancing naked in the rain in the moonlight. Your family and friends may not be a great support system.

Now I haven't done this, yet. Who knows. It may be the fashion in a few years to dance naked in the rain on an unseasonably warm night after Christmas. There are stranger things that have happened during my life.

There have been a lot of changes during my lifetime. 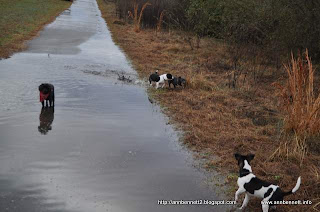 I remember segregation. I grew up in a military town and Eisenhower desegregated the military in 1956 and I was born in 1956. Brown versus Board of Education Topeka, Kansas ruled "separate but equal schools" unconstitutional in 1954. What seemed like a pivotal moment for African Americans was but one in a succession of fights to acquire basic American rights.

Our schools were integrated in 1969. It was a wonderful year to be an 8th grader. I had that ennui of a 13 year old and they were constantly canceling school to work out kinks. Ironically, the bulk of black students did not want to come to our school. I can't blame them. They had their traditions. Freedom of Choice was the prior policy and a few black students had integrated the schools. A tentative one person in my sixth grade year.

Rumble absorbed the Robins Air Force Base students, and African American students with a parent in the military went to school there. There were several black students in seventh and eighth grade. My junior high, Tabor was a more practical school in distance for many. I remember the kids from Pearl Stephens entering in the middle of eighth grade. You could hear their steps in the hallway as they entered school for their first day. Their morning started with a get acquainted with your new school.

Different school systems had different problems. Some school systems like Fayette County was one big happy family. Our system had mild problems. A private school sprung up which is in existence today. Established private schools did not accept students mid-year. They were already integrated.  Affluent African Americans sent their children to private schools. The Catholic schools were offended by people wanting to flee to them.

A commenter on a local newspaper article cited the problem with a town in Georgia being a old sundown town. I looked it up. Few sundown towns existed in the South. There was too large an African American population for this to be practical. The wealthy homes had alleys that ran between them where modest homes stood. African Americans lived in these homes.

I remember the movie "The Help" showing maids in uniforms leaving an African American neighborhood. It seemed unusual in that "The Help" usually lived close by. If you had a maid, you gave them a ride from their house to yours.

There were neighborhoods of black people and small rural communities of black people. I remember my dad showing us homes that rented for large sums of money and were shacks. No one likes for someone to be treated unfairly.

There were many black and white men who depended on each other in rural areas. These partnerships made the difference in survival. Life was much more modest for many. This is why you would hear people complain about outsiders coming in and causing problems. There was a big differences in the classes in Georgia. You had the gentry, folks who aimed to be the gentry, poor whites and white trash.

I remember when I first heard the description of white trash in college. I knew some and they weren't that bad. I remember when I was around ten and realized my grandmother was poor. It was similar to when I went to Cherokee, North Carolina when I was fourteen. I learned the people there were poor and weren't doing that well. An old man was dressed as a Plains Indian and would allow you to have your picture taken with him for a quarter.

Where racial discrimination was sharpest were white people who were unfair. They took the opportunity to feel their power. If you live long enough, you encounter someone like this. I met two who were really vicious and worked together. Actually I have met more than two.

There were customs that were observed. Whites weren't to go in black areas after nightfall. If they did and something bad happened to them nothing was done. I remember my family getting lost in a black neighborhood after nightfall as a child. My dad was scared. A black policeman pulled him over. My dad tells him we were lost. He gave my dad directions to the main road. I guess a Rambler station wagon full of a wife and children yells sincerity.

Other ways of discrimination were black police officers could not handle crime or problems committed by whites. Black people had to shop at different times, come to back doors for restaurant take out versus sitting inside the restaurant. There were and are some people who blame their misery on blacks and hate blacks. Heck there are blacks who hate whites. This list is endless of the unfairness of Jim Crow.

In retrospect, segregation of schools hurt the white and black school systems. There was little money to operate one much less two. Some counties were completely owned by two or three families and they exerted their control over property taxes to the point that public schools were in miserable shape.

This is why I am not keen about people like the Koch brothers and Sheldon Adelson having so much control. They want to make more money and have the biggest tax breaks they can. This is understandable. I just remember the South before the 1970's. Reconstruction did not occur until after World War II. It was not that idyllic if you were a have-not.

Sure there are other ways to be wealthy, and I grew up very wealthy that way. It is just being broke stinks. I know people who are wealthy have more opportunity and education but not always more wisdom. The Koch brothers and Sheldon Adelson do not know all.

I know I should pick on someone else. They just make themselves vulnerable by exerting so much control. I am so grateful they are all so old. In ten years or so, they will not be able to maintain their control. Their children may have a different point of view.  I wonder if St. Peter can be bribed?

There are so many good changes that have occurred in my lifetime that I never thought would have happened. Improved opportunity for people of color, better work and economic conditions for all of us are two that are great among many.

But dancing naked in the moonlight may never be one of them. Not that I care. I don't think I can dance that long anyway. I like my central heat and air and a 50 gallon hot water tank. I would love a hot tub. I just can't keep what I got maintained and clean. I don't think a hot tub is self cleaning. I know my self cleaning oven is not. I wiped out the worst crud the other evening.

We gonna be roasting a fresh ham New Year's Day. I'm putting that thing in the oven around 5 am. It will melt in everyone's mouth by dinnertime at 1 PM. We all belong to a pork chop cult which my grandmother proudly passed down to all of us. She had a son in law who would not eat pork because he was a Seventh Day Adventist.

My aunt and him moved out within the first year. Grandma Ada could not think of a day without pork. And you damn well did not talk about dancing naked in the moonlight.

Happy New Year's folks. What has changed in your life you did not think would happen.