Why would I be so absorbed with Paul Atreides and everything else created by Frank Herbert in his novel Dune and the five sequels to Dune? The fascinating world's and complexities would be one. Then there is a hero and underdog to root for. Frank Herbert wrote soft science fiction in that he took a lot of the technology out of his storytelling. The emphasis was on political intrigue, ecology and human relationships.

I've read everything I mean everything that Frank Herbert wrote.  Imagine my surprise that four books had been posthumously published 2012, 2013 and 2014. I never saw the movie Dune. Why would I ruin a good book with a sniveling abbreviation of the story in a movie?   http://www.dunenovels.com/author/frank-herbert

Robert Frost is my favorite poet. Well I like him as much as Carl Sandberg. Well have you noticed it is hard to pick your favorite poet. It is sort of like deciding who your favorite child is. I like the fact I get his poems. There is a lot of symbolism and small touches that I will read to deepen my appreciation. But the gist is there. My favorite poem, Come In, by Robert Frost helped me decide to leave a job I enjoyed to take a job back in my hometown.

As I came to the edge of the woods, Thrush music -- hark! Now if it was dusk outside, Inside it was dark. Too dark in the woods for a bird By sleight of wing To better its perch for the night, Though it still could sing. The last of the light of the sun That had died in the west Still lived for one song more In a thrush's breast. Far in the pillared dark Thrush music went -- Almost like a call to come in To the dark and lament. But no, I was out for stars; I would not come in. I meant not even if asked; And I hadn't been.

I first encountered Alice Friman at a writer's conference. What made me a huge fan was a poem of hers published Georgia Review about why an aged aunt could be sassy with a walker. Poetic license taken liberally with that last statement. It is just that this blog post is getting long. Buy a book of Alice Friman's poetry. You will not be sorry.

William Faulkner  His work speaks for itself.  The in-depth confidence in the multitude of characters woven together for some of the finest literature of the English language. 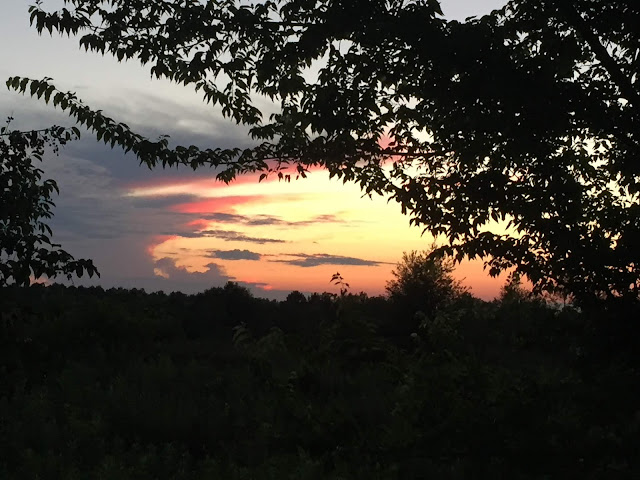