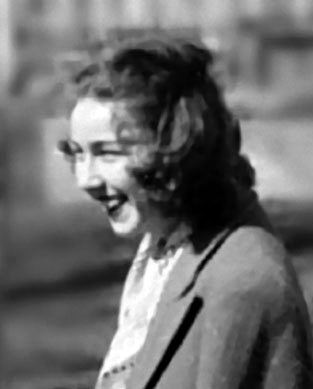 Flannery O'Conner is a native daughter of Georgia. When I first read her work, I was not enamored by the grotesque characters. Southern Gothic was an acquired taste for me. Flannery O'Conner displayed a mastery of sharp irony with underlying religious themes in her work. Being a Roman Catholic in a largely Protestant South, her work reflects strong religious redemption themes.

Flannery O'Conner did not have much of an adulthood. She suffered from Lupus and died at 39. Her mind was quite lively although she spent much of her day convalescing. I read where she stated how much she loved to work the hour she was allowed to write each day. Her father died when she was 15 of Lupus.

Her home, Andalusia, is a tourist attraction in Milledgeville, GA. O'Conner was an anomaly in Baptist Georgia in that she was Catholic. She was born in Savannah. She moved with her parent's to Atlanta for her father's work. As he became ill, they moved to Milledgeville where Flannery O'Connor's maternal family lived. The descendents of Flannery O'Connor's peacocks walk the ground's today.