A mixed nut review is not as good as a fruitcake.

A premise for a horror or crime movie would be a woman marrying a celebrity they have a crush on. Then all hell breaks loose in a mystery, crime or horror novel. I got the idea from today's Dr. Phil.

A woman is essentially divorcing her husband to free herself to be available for country music star Kip Moore. Her marriage had to have problems. I remember waiting for my prince. It never entered my mind that the prince could disappoint. It is hard to feel sorry for someone being so impractical. She does have children. They may grow up before she does. 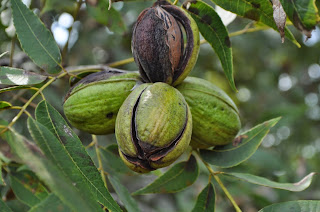 I recently read, "A Peculiar Tribe of People: Murder and Madness in Central Georgia" by Jay Hutto.

The book is wildly organized with a jillion distracting details. The topic is so engrossing, you slog away at all the background information. I found myself skipping to get to the meat of the story and then flipping back to read what I missed.

My mother did the same thing. When I finished the book, I thanked my mother for being regular people. It is really hard on some children growing up. As the twig is bent, the tree shall grow.

What amazed me the most was one of the descendants of the family. My brother had a friend named John Lee. I'm not including his last name. I would think he is an old hippie when my brother told me about some of the things John Lee did or said.

I am cool with someone being a hippie. It is just that I grew up working class, and I had to be serious about working and making a living. Philosophy is great after you have a house and a means of support. My hardest adjustment of adulthood was the hypocrisy of politics. We all got to do it whether we admit it to ourselves or others.

Anyway, one statement John Lee made was how his mother cheated him out of his inheritance. My middle class thought was the wife was supposed to inherit.

Then I read the book. He had an awful mother. The clash of personalities began when he was a toddler. She just did not like him. I can understand not enjoying 24 hour childcare. But not loving your own child. It is a wonder he did as well as he did as an adult.

A step deeper than the reality of living with your prince is that you just don't know what people have accomplished or survived when you speak to them.

A writer named Darrell Huckaby talks about learning he came from a deprived home life. He grew up in a mill village. His story was there were all sorts of deprivation but his childhood was not deprived. He had a home, food and a family that supported him. He was never deprived. Darrell Huckaby knows what he is talking about.