I don't want to hear that!

In the summer of 1994, my dad would answer the phone with if you are going to talk about OJ or the flood, I don't want to talk.

Do you ever get sick of topics? That is how I feel about Caitlyn Jenner and the Duggar molestation scandal. For a brief moment, I watched the two married sisters who are pregnant or recently gave birth trying to make everything better.

What caught me was one seemed to have that awareness that maybe the family was not perfect and there were other opinions in the world besides the one they thought was the only one. Maybe it was just me. But doubt and uncertainty was there. 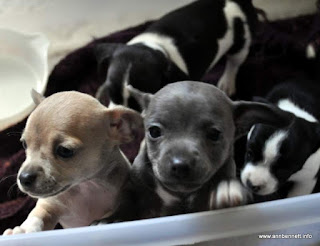 It made me think of an 8-year-old. Developmentally, it is a magical year with what a child is able to comprehend. It is also a time, children start learning their place in the world. It truly is a bittersweet time.

I do wish the best for these newsmakers. One is making money off their newsworthiness and the other one will need to invest what they have wisely. The have lost their goose that laid a golden egg.

As a society, the United States is in places I never thought we would be. Gay marriage is a big one. It is on the verge of being legal everywhere. When I was a kid, gays stayed in the closet or moved to Atlanta. Transgender is not the big shocker the satirical novel featuring the topic by Gore Vidal called Myra Breckinridge in 1968 was.

The Duggars is another phenomenon. I grew up in a conservative Baptist church. The Duggars would have been considered fanatical and impractical. These exaggerated fundamental Christians did not exist except for perhaps the Amish or Mennonites. The fact that they entered popular culture is surprising.

TLC used to be the Learning Channel and had more educational programming. Currently, reality television has taken over its line-up. Some of it is quite good like the Little Couple. They allow people to learn about what they do to make ordinary living ordinary. However, other shows have verged on the normalization of the freak show.

1. A posh Indian (Asian) wedding of Indian-Americans in full detail. Show families making plans and the wedding itself.

2. Life on an Indian Reservation. Show the good, bad and the ugly.

3. Bring back Queen for a Day program. However, shower all the contestants with gifts.

4. Have a group of families try to live a year at poverty level. Show them balancing the budget, lifestyle adaptations, etc. Word to lawmakers, moms everywhere know spaghetti is inexpensive and liked by most children. Why would you want to stop Food Stamps from purchasing spaghetti sauce?

What do you think would make a great reality show? But don't tell me Caitlyn Jenner or the Duggars.
- June 06, 2015