Based on a true story 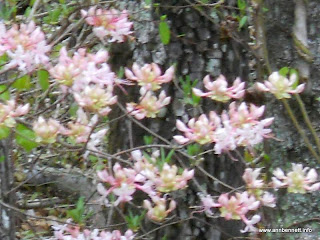 Jennifer Marlow was slim and had beautiful brown eyes that twinkled when she smiled. She lived in the college dorm, went to classes.

Before she sat at a table in the dining hall, she would always ask if it was OK. One evening, she had made the dining hall at 5:30 PM and it was crowded. There was only one chair. Her counselor had told her not to ask, she had a right. She sat down.

Anthony Jones says, "It's a free country, sit down."  Anthony was large, athletic, intelligent and good looking. His mom had always taught him to respect the power of his gifts. He always had a soft spot for someone excluded.

Jennifer starts a long tedious tale.  Sara Stevens and April Newcaster are compelled to listen by the alchemy of Anthony’s interest.

Sara and April walk back to the dorm after Jennifer. After some hesitating thoughts, Sara calls out to Jennifer as they enter the front door of the dorm. "We're all watching a singing contest on television tonight in the lobby." April gives a look of resignation at Sara.

For the first time in Jennifer's life, she has friends. She sits with the television crew any time she gets a chance.

During a game show one morning, the host says, "Now they have meds for that." The audience laughs and so does Sara.

Jennifer stands up and hurries back to her room saying, "I almost forgot my nerve pill."

Everyday Sara quizzed Jennifer about her nerve pill. Soon the entire television crew would debate the issue. Jennifer felt the pressure to stop taking drugs. It was a week before finals. She went cold turkey.

Jennifer missed finals. Her mom picked her up and took her to the hospital. It had taken seven weeks to get her medication right the last time. Two of Jennifer's professors would give her final to her late, one made no exceptions.


Author's note:  A similar event happened about thirty years at a college I worked at. This is my soapbox. I hope they put the research into mental illness so many beautiful minds of the future don't succumb to its devastation.

When you have a life threatening illness, you will take your medications.

All too often, people with mental illness do not take medications. Unfortunately, the medications do not the cure the illness and only alleviate symptoms. Because the average person does not understand that bipolar disorder, schizophrenia are diseases similar to diabetes and not a personal weaknesses. There is still a stigma.

The law does not treat mentally ill well. It's a disease that affects mental functioning and the best decisions are not made when we are not thinking clearly.

If you have mental illness, don't be ashamed. Take your medications. If you are having a problem, get help with a family member or friend. There is a shortage of mental health professionals and even some of them will not listen to your complaint.

My sister came off her medication with a psychiatrist help. They prescribed a new medication that she had problems with. The psychiatrist did not listen to these problems. She did try to get help but everywhere she went she got huge stacks of paperwork which she couldn't handle.

We all need an advocate to help. My sister wanted to take care of herself and not be dependent. She also has schizophrenia which sometimes makes the sufferer to feel they are OK and it is the world that has a problem.

She spent two years off medication. Lost her job. It took about a year for me get guardianship and get her medically treated. She smelt like death when she came to my home. She has regained most mental function with treatment these past 5 years but has not gotten close to where she was at. I hope and pray for more research so many more minds like her will be lost to a cruel disease.

People do not understand it is a disease which can be treated. When the story above occurred, I had never encountered mental illness and it was just talk about the idleness of students.

People did not use medication like we did 100 years ago. Life expectancy in the United States was 44 years 100 years ago. People can over medicate. However, don't forgo modern medicine because of an opinion. Base your choice on fact and clear reasoning. If you suffer from mental illness, I pray you have a concerned friend or family member who can give you an honest assessment.

Do not give medical opinions if you are not a trained. You would never ask someone having cardiac arrest to pull themselves up by the bootstraps. You would call an ambulance. The same is true for someone experiencing psychosis.