I didn't get to go Friday. I was just pooped when the opportunity to scoot out came. I justified it with being able to get up early and go today. 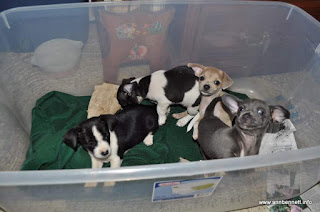 I did get up early. But, and but ----- I had a few basic chores that needed to happen. I am far from getting my house to where it should be. I got behind when I worked. I've never gotten caught up but I am moving towards that goal. With the addition of four chihuahua mixes, I am crazy busy cleaning up after errant unhousebroken dogs. I'm getting them closer too.

In short, I got there about 2:30 pm. I went to an grouping of comedy shorts at the Douglas Theatre. Of all the theatres that have been redone in Macon, it truly is beautiful. The others are cool. But the Douglas stands out as beautiful.

I gamble with the shorts in that I am not stuck with an hour or two feature that stinks. I came in at the end of a two hour movie. I could tell by the audience reactions that I missed a great movie. I stated it looked like a good movie and the woman in the back road had to tell me how great it was. I looked at my program. It was the last showing.

My luck went a little worse. When I checked on my two dogs in the car, Louise was anxious which was not like her. I walked her and Frank. Took them to Burger Kind and got them some chicken nuggets which made her feel better. Frank is so old, he doesn't quite know whats going on. Except, he wants to walk, he can urinate and poop anywhere available, and will eat most anything offered. Louise is timid urinating anywhere which makes her car trips a problems. Why am I hauling her with me? The horse farm next door have complained about her. I'm making sure she doesn't make it over there. Plenty of drama with dogs at my house.

I made it to the foreign shorts. Two of the movies did not play. They were on a format which they could not show at MAGA. The five that we watched were excellent.

I checked on Louise. She was still anxious. I decided to call it a night and maybe. Just maybe, I can make a day of it tomorrow.
- February 16, 2013