Sometimes I hear my father's voice. I certainly hear his thoughts through my mother. Whereas, we are not overly stocked with toilet tissue, we are fine until stores can have a normal stock again which I hope is next month. Kroger sends coupons faithfully to me. My mother gets them. I reached the point, I did not look in her cart. I just purchased the items. It hurts her feelings to say we don't need them. My mother does not like to be talked back to. We've got about 10 cans of sauerkraut in the cabinet.

My mom will pair a coupon to an item that is on sale. As my dad said, she could store the extra in the shed behind the house. Toilet tissue does not rot. At one time, I tried to buy enough toilet paper to satisfy her urge to stock up. I gave up. So I was a little surprised to know we only had about 5 packages of toilet tissue.

My older brother came to visit us on March 2nd of this year. He looked at all the incontinence product my mother had purchased and said woo to my mother. We chuckled. But I had helped her. Kroger kept giving us a coupon of $3 off two packs and if you bought 5, they gave you $5 off in addition to the product being $11.99 versus it's usual $13.99. I guess this is why we weren't so stocked on toilet tissue. I'm very glad in that I think mom uses 1 pack a week. We are set for about three or four months.

Paper towels also fall in this group. My younger brother can't stand clutter or disorder. One day, we were eating in the dining room and I noticed he kept gazing at something behind me. I did not have to turn around to know it was the tower of paper towels beside the china cabinet that he was studying. Kroger had an ongoing thing with coupons for paper towels. My mother has stopped with buying so many paper towels after that incident. We only have about 4 large packs of paper towels. They don't rot.

But for me, what I hear my father saying is that the Bible was a book of wisdom. Not everything happened and we choose what we want to practice like entrees at a buffet. He quoted all sorts of things. My favorite thing he did is he knew when someone was quoting Shakespeare. Culturally, we quote the Bible. He always got tickled when someone quoted Shakespeare.

I had taught school in a suburb outside Atlanta for close to 20 years when I returned to the county I grew up in. The first week of school, I had a child to challenge me by quoting the Bible. I quoted the Bible back at her. The children were impressed. All I could think was I would have gotten in trouble with some parents in my previous school for quoting the Bible. The little girl who challenged me shook her head in approval. I won.

My father prized humility. When young I was a bit mystified when people would say Pride was the deadliest sin. That I understand now. Pride can make you do things which hurt you immediately and destructively. I know that is true from experience. I say this with all humility. 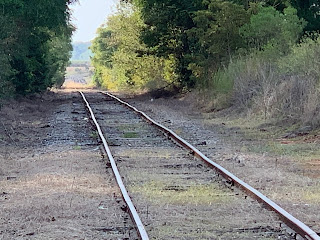